Patrick Brooks handles all types of gun charges including felon with unlawful weapon, driving under the influence, order of protection violations, bond conditions, carrying a concealed firearm without a valid permit. New Tennessee Law effective July 1, 2014 regarding handgun possession inside of your vehicle 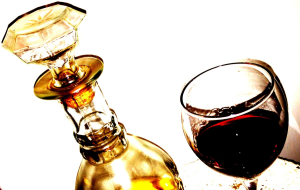 Federal and state laws proscribe higher penalties for firearm/ weapons possession charges of certain individuals. They include those who have orders of protection, those convicted and/or charged with domestic assault or those convicted of felonies.

[pullquote]Gun crimes can be prosecuted under both Federal and State law depending on the circumstances.[/pullquote]

Those charged with firearm/ weapons possession can range from a misdemeanor or felony depending on what you have been accused of. It is also an offense to carry prohibited weapons such as a silencer, explosive weapon, machine gun, short-barrel shotgun, switch blade, brass knuckles or any other deadly device that has the potential to inflict serious bodily injury or that has no common lawful purpose. There are various defenses that can be raised for many of these charges including: self-defense, sale, transportation, incident to official duty or military regulation, engaged in lawful business or commercial transaction, use was reasonably related to lawful industrial/ commercial purpose, licensed, etc. Know your rights when dealing with firearm/weapons possession and prohibited weapons charges

Brooks Law Firm represents those accused of unlawful possession of a weapon. Whether prohibited by criminal laws or by operation of federal and state criminal code regarding felons.

Call Brooks Law Firm for a free consultation regarding your Federal or State of Tennessee gun charges (901) 324-5000. Your right to a carry permit in Tennessee for a handgun can be suspended or denied.